Home » Blog » Loop11 Articles » UX For the IoT: Considerations and Trends
a

UX For the IoT: Considerations and Trends 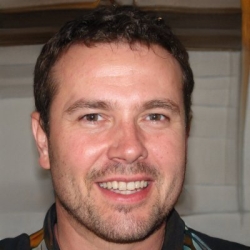 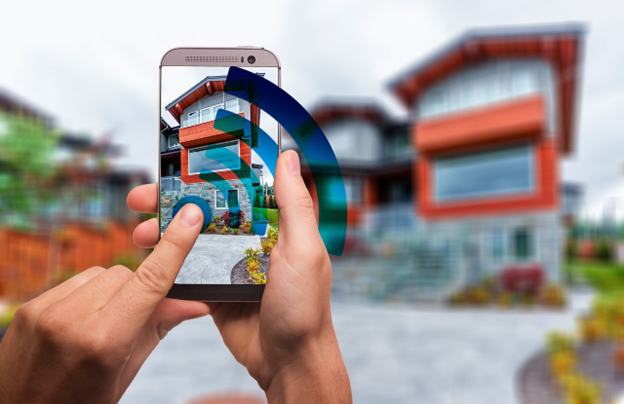 At the turn of the 20th century, the great British novelist, E.M. Forster advised readers to “only connect.” And while Forster likely was envisioning the forging of human connections when he issued this famous injunction, the command has taken on new meaning, resonance, and relevance today, at the dawn of the new millennium.

We are, indeed, connected in the 21st century, and in different and more powerful ways than Forster could ever have imagined just a century ago. Today, though, those connections are forged principally through and with our digital devices.

The ascendancy of the Internet of Things (IoT) has meant that we now spend the bulk of our lives interacting in some way with internet-connected technologies. Technologies that engage with humans and with other IoT devices to make human life safer, more convenient, more productive, and overall more enjoyable.

Nevertheless, the promise and potential of IoT will never come to fruition without the user experience (UX) being less than optimal. This article examines the role of UX design in IoT and describes important considerations and trends of which designers should be aware.

The Intersection of UX and IoT

If you’ve been working in the tech space for a while, then chances are you’re already well aware of the enormous scope, diversity, and ubiquity of IoT. Not only are internet-connected devices present almost everywhere and anywhere you look, but the function and operation of these devices are nearly as prolific.

From smartwatches to fitness trackers to inventory monitoring systems, IoT technologies are being used for a vast array of purposes — both personal and professional.

With such massive volume and diverse functionality, though, mass confusion can easily occur as well.  People may get easily frustrated with devices’ inaccessibility, and as a result, those devices won’t be able to participate in IoT. This is where the importance of good UX design becomes most apparent. If end users don’t know how to operate an IoT device effectively, including connecting those devices to one another, then even the most sophisticated of technologies will be rendered useless.

Thus, the utility of IoT devices depends not merely on technical functionality but also on UX design strategies that ensure accessibility for all end-users, regardless of their particular physical, cognitive, or developmental needs or their level of technological proficiency.

Now more than ever, the IoT is being used not merely for recreational purposes or personal interests. Rather, these devices are gaining importance in the workforce, proliferating in a range of industries, from healthcare to education to manufacturing.

The extraordinary capacity of network-connected devices to communicate with one another in real-time ensures that employees and stakeholders can access the relevant data they need when they need it, no matter their physical location. This form of data democratization in the workplace means that actionable information is no longer centralized in the hands of a few senior leaders, but can be distributed among all authorized personnel, providing unprecedented opportunities for workers to excel on the job.

Nevertheless, you can’t make good use of these massive quantities of data if you don’t have an effective user interface. A well-designed interface enables stakeholders both to input and to access the information they need without drowning in a sea of irrelevant data.

Prioritizing UX design that is intuitive, simple, and familiar will both enhance and expedite the process through which end-users learn to engage with the device in meaningful ways. This would include, for instance, learning to control and interpret the interface of an industrial sensor to more accurately and rapidly detect signs of machine overheating.

Designing an interface that leverages familiar signs and symbols, for instance, can facilitate the learning process. To return to the previous example, a heat sensor that flashes a red symbol or fire icon on the device’s digital screen can be an easily recognizable signal for industrial workers familiar with the threat of machine overheating.

This can also eliminate the need for machine operators to frequently check machine temperatures because the lack of a sensor alert provides peace of mind that the machine is operating within safe temperature parameters. The result is a simple, intuitive, and familiar UX design that enables machinists to unleash the power of Industrial IoT (IIoT) to collect, analyze, and alert end-users to only the data they need when they need it.

As profound a role as the IoT is playing in the labour force, its function in promoting personal health and well-being is perhaps equally significant. In the wake of the COVID-19 pandemic, for instance, not only are people taking a much greater interest in their physical and mental health, but they’re also increasingly turning to digital technologies for their healthcare.

Indeed, though telemedicine did not originate with the pandemic, it certainly achieved dominance during this time, as healthcare providers and state, federal, and international leaders alike looked to virtual health environments to ensure continuity of care while mitigating disease spread.

Today, telehealth involves a seemingly endless variety of IoT-connected devices — from health wearables that can monitor a patient’s vital signs to secure apps that enable patients to connect with their physician or psychiatrist via smartphone, tablet, or other connected devices.

Once again, however, the true benefits of health technologies on the IoT can’t be realized without a strong UX design.

The rapidly growing field of teledermatology, for instance, depends on the development of secure, accessible, and user-friendly platforms that send and receive images that will be included in the patient’s medical records. These images are used by tele-dermatologists to diagnose dermatological disorders and to monitor for any clinically significant changes to the skin over time.

The onus falls on UX designed to ensure that the platforms they design are both secure enough to protect patients’ privacy and yet functional enough to be adopted and safely used by patients and clinicians. If, for instance, a patient is required to set up their own advanced security platform, such as a virtual private network (VPN), before they can upload an image for the doctor to review, they may forgo the consultation entirely, potentially putting their health at risk.

Simplification, once again, is a paramount concern of strong UX design in such cases. Strong security measures should be integrated into the host platform, enabling patients to safely access and use the site across all their mobile devices simply by creating an account with a secure password. In this way, log-in and end-user processes for IoT devices replicate familiar processes through which a patient might access a secure website on their personal computer.

When we think of UX design, we often think first of design strategies used to enhance websites and webpages accessed on Mac or PC. Now more than ever, though, end-users aren’t just interacting with their computers. They’re also interacting with devices connected to the Internet of Things. To harness the true power of the IoT, though, strong UX design is essential. This means ensuring that engagement with IoT devices is accessible, familiar, simple, and intuitive.

Miles Oliver
Miles is an independent writer with a background in business and passion for tech, psychology, and news. When he is not writing, he is most likely mountain biking or kicking back with a cup of tea. 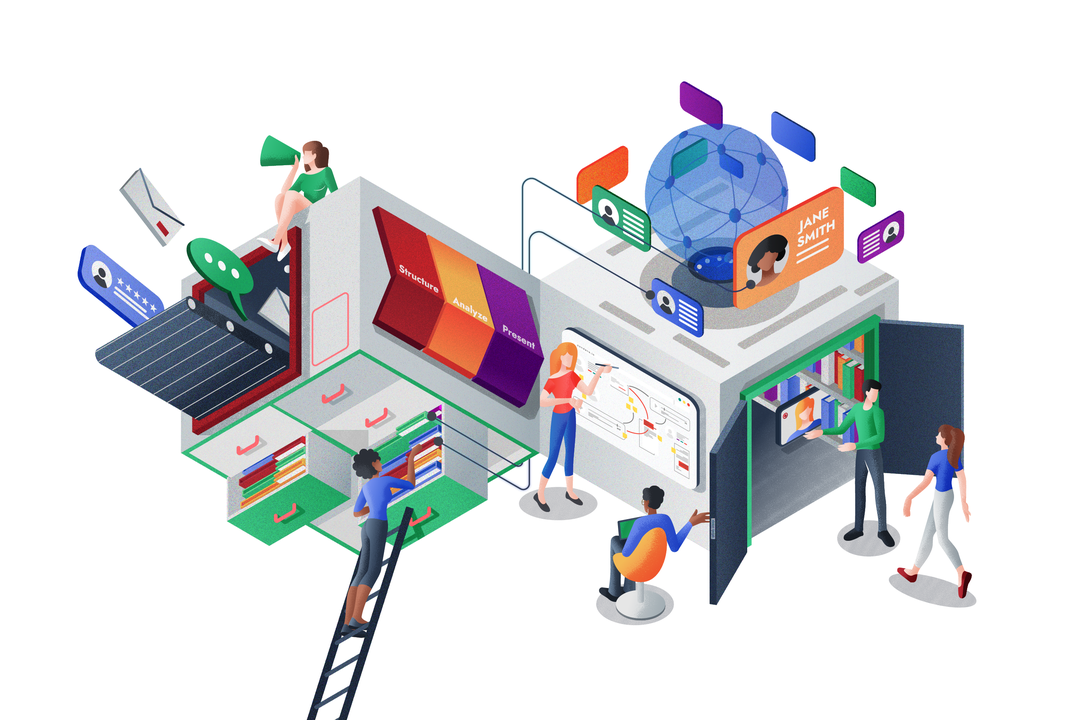 Spreading research across organizations has become one of the hottest topics in UX research, as it’s important to reveal research results to the right people at the right time. Ensuring the maximum impact of UX research repositories within organizations is challenging, but your organization can handle it professionally. Undoubtedly, UX should be the highest priority […] 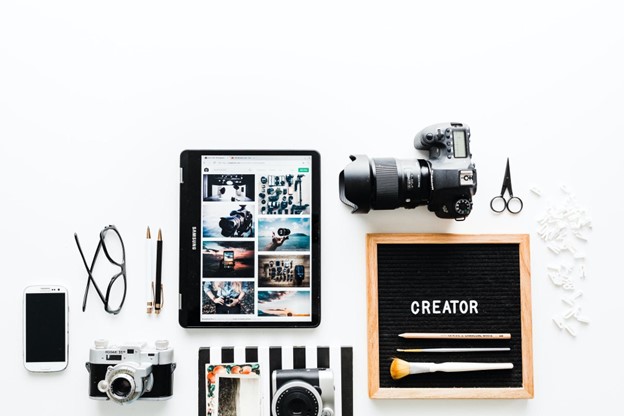 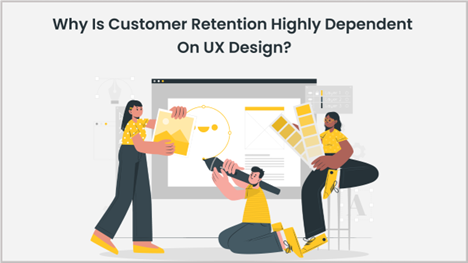 Why is Customer Retention Highly Dependent on UX Design?

The success of any digital platform is driven by its User Experience, whether it is a mobile application or an e-commerce website of scale. The lack of usability is one of the main reasons why most e-commerce businesses fail. Users abandon websites 90% of the time because of poor user experience, but mobile app users […]