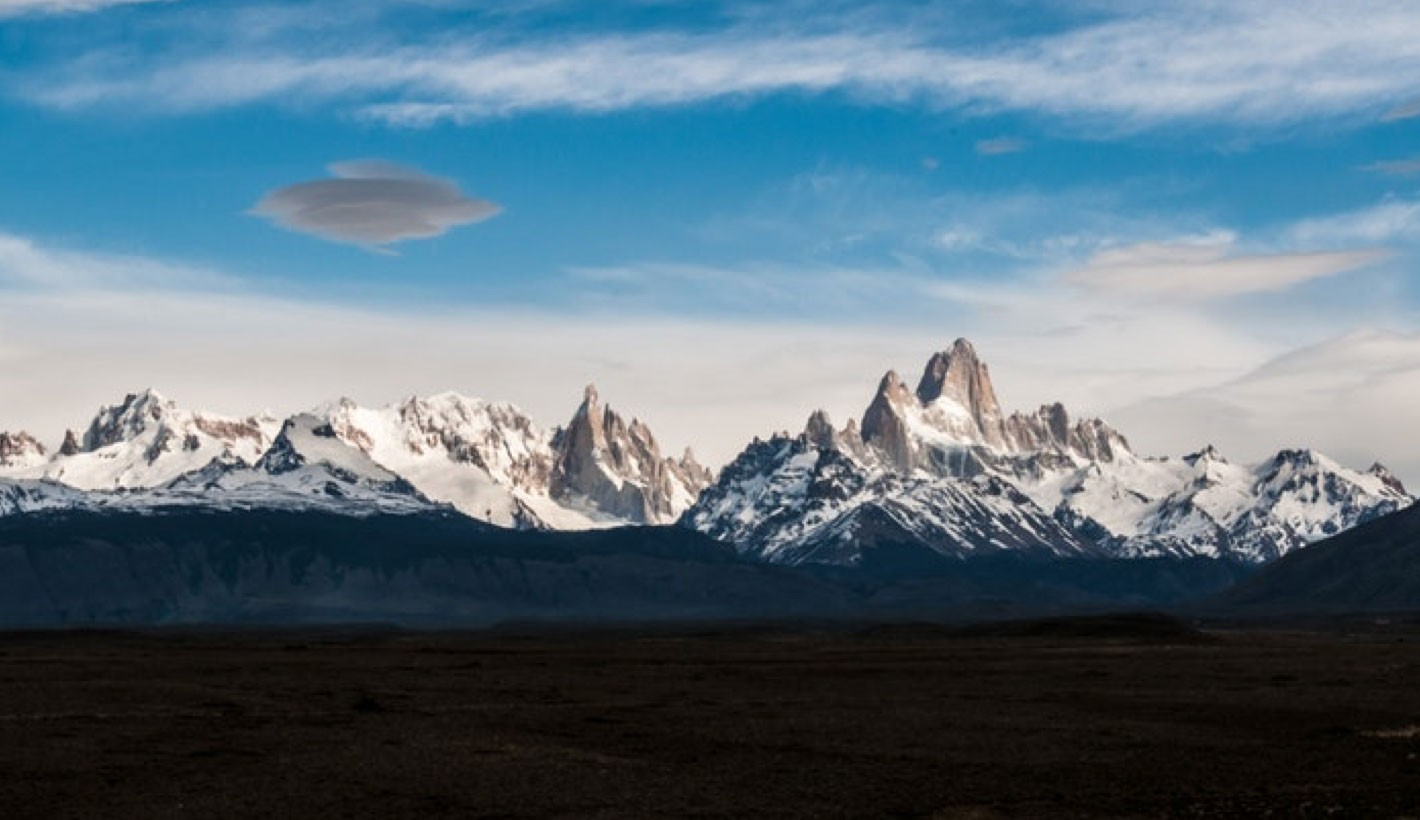 This blog post chronicles an interview with Tom Greever, UX Director at Bitovi—a company that designs and develops web applications for all different kinds of companies. Tom just published Articulating Design Decisions, both as a book and video series with O’Reilly Media.

Can you tell us about your book and what you’re working on?

The the basic gist is that we, as designers, need to be better at explaining our decisions to other people (e.g. executives and managers), because, if we don’t, well, things don’t go as well. I’d argue that an articulate designer is more valuable than a super talented one who can’t talk his way out of a box. Or a room, or whatever that is. I’m currently designing a public facing web app for a non-profit that allows under resourced communities to access free legal aid

Do you think the “designers learn code” and “devs learn UX” themes are important in successful design as an enabler for communication and the “supported by everyone” aspect?

I do think it’s important for us (including developers) to be multidisciplinary because unless you understand how something works, it’s difficult to talk intelligently about it. But yes, you can get support even without a stakeholder who understands design or UX. I find it to be the case most of the time that executives don’t have expert UX knowledge. This is part of the problem, actually.

I’ve been accused by more than one engineer of being a salesman for what I thought was just articulating myself well. What’s the difference in your opinion? (or is there no difference, and we’re just salespeople with more soul)

Everyone is selling something. Whether it’s a designer trying to convince a VP of a design or a child trying to get a piece of candy. Life is sales. If you’re not selling something, you’re probably lying. that’s an extreme view of it. Many people wouldn’t call it sales. But all relationships are give and take. Otherwise, what’s the benefit? I actually try to avoid the word sales, though.vIt can be divisive and there are connotations there. But I think it’s reasonable to expect that everyone has some sort of agenda, we’re all in some way trying to “get” something…out of life, work, relationships

What are some of the common things that hold designers back from articulating their designs effectively?

I think it’s being defensive, or protective of their work. It can be difficult to believe there’s anything wrong with your decisions and our work is exposed to other people in a way that most other roles aren’t. We are our own worst enemies. Much of what I provide in the book is about working hard to understand other people, listening skills, asking the right questions…but just as important is even having the right attitude in the first place. Letting go of control, staying positive.

It seems it’s the case of applied empathy with the audience—much like your users.

How do you go about reinforcing understanding, especially after a big decision or change of heart in a team? It often feels like we come to a point of clarity in a meeting that slowly evaporates after a week or too.

Excellent question. This is common. A week later… “Why did we agree to this again?” and unless you’re prepared to help everyone understand, you lose.

I think the most important thing to do to avoid this is documentation: write down what was agreed upon, who said what, put in links, screen shots, whatever… and then make sure that document is accessible to everyone on the team.

I’ve referenced my notes months later when a new manager took over. “Why is the button like this?” Me: “Oh, on Aug 4th Jennifer showed us this data and…”

that doesn’t mean you won’t still have to revisit it, but at least now if you do you’re doing so intentionally and with all the same information

Given that every discipline has its own domain-specific language (design, dev, execs, etc.) how do you go about communicating UX concepts in a language that is shared amongst all?

Yes, this is part of what makes it challenging. You can go to great lengths on your team to establish “rules” for discussion and agree on vocabulary, but I find that managers and executives don’t care about our rules. So that means we have to adjust to their expectations. Avoid using jargon, listen to the words they use to describe the interface and, when appropriate help them understand the right words without talking down to them.

For example, “Why is this button bar greyed out?”

Designer: “Oh, that’s a segmented control, so we disabled the option that…”

We repeated and rephrase it back in a way that will make sense. But also, we learn to adopt vocabulary that’s helpful/understood.

I once had a misunderstanding with a client because I used the word “carousel” and her idea of that in her head was totally different than what I was proposing, so she objected. Uncovering that gap helped us move forward, and she agreed with my solution

How do you go about making possibly the hardest design decision: where to focus your attention? And how do you explain that decision?

Any design is a series of multiple, related, and connected decisions. It’s about breaking it down into parts that are digestible, easier to both talk about and solve for.

Once you understand how the parts work together to form the bigger picture, it’s easier to talk about to other people.

But I think getting to that point, of understanding our smaller decisions, is the hardest part. Designing stuff is easy. Figuring out what was driving your intuition is a whole other skill.

Do you think certain work environments (agencies, in-house teams, freelance, startups) are better for designers just starting their careers ? I think this is related to articulating design because that seems like half the job of a designer.

First of all, I agree that explaining design is at least half of our job. And yet, most schools do not teach it to art and design students. So there’s that. But as for where to start, no, I don’t think there’s one environment that’s better than another. I’ve worked in all those environments and each one required a high-level use of these skills. But I should clarify, too, that this is not something only junior designers need to learn. Senior designers are equally bad at explaining their decisions. You can learn it with experience, so many seniors will be better at this – but just as many senior designers need to focus on this as a core skill. Your professional development depends on it, in my opinion.

You can go wrong by designing some so expensive and lengthy to implement it may never get done. On the flip side, you can go wrong in doing very small safe improvements. How do you find that sweet spot in between?

Yes, this is a constant challenge: finding the right balance of what you can dream up vs. what is realistically possible. But really, this is as much about the lean, agile, and MVP  approach as anything else, right?

As it relates to communicating design to stakeholders, though, I would argue that having that pie-in-the-sky monster vision of a product with beautiful pixels is really really important. In the book, I call it Designing for Vision.

The idea is that our stakeholders need to know where we’re going, they need to be inspired to agree with us. Show an executive your vision of Awesome, and they’ll want to throw money at you. Only show them your beta MVP and they’re disinterested.

We have to work hard to cast a vision of a preferred future, while also maintaining realistic expectations about what’s possible.

Both are required, I think, to convince someone that you’re on the right track. “Here’s where we’re going. Are you excited? Good, so now approve this MVP over here so we can take a step in that direction.”

How do you determine how basically to explain concepts without being patronizing? I know that a lot is just reading the person, but it’s always tempting to start at really basic building blocks.

Yes, you know a big part of that is as much about tone, body language, smiling, etc… You can use the same words in a way that is patronizing, or you can say it in a way that makes them feel valued. Same words, different tone.

But also, it starts before you even respond. Letting people talk as much as they need to so they feel listening to, understood. It’s harder to perceive your response as patronizing if I know you listening to me and acted interested in what I had to say.

Validating what the other person says is super important before you try to disagree or correct them. I talk about Leading with a Yes. Always showing the other person you agree on the problem.

Usability Testing On The iPad

There has been a lot of negative commentary on the usability of the iPad since it launched, including Jakob Nielsen’s critique of its usability failings.

Vitaly Friedman is the Founder and Editor-in-Chief of Smashing Magazine, an online magazine for professional web designers and developers. What direction will UX go in the next 5 years? Will it fragment into different areas or stay as is? It’s a very good question. I feel that we see a lot of diversification right now. […]

Finding The Holes In Your Website’s UX