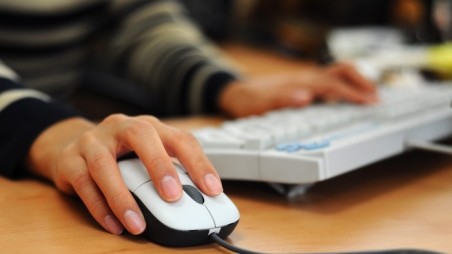 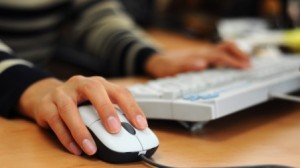 This post is not aimed at polarizing people or making people pick remote testing over lab based testing, it has been written to differentiate some of the capabilities of the two methods.

So we put a list together of 7 things you can do with remote user testing that you can’t do with lab based testing. Firstly, it’s important to understand that when we talk about remote usability testing tools, we mean full service, unmoderated “quantitative tools”. To understand the difference, you can read Bill Albert’s article on remote testing tools.

Remote testing is much more cost effective than lab based testing, which means you can test at every stage of the development lifecycle, from wireframes to a live website. Or conduct benchmarking studies on a weekly or monthly basis to see how changes to your website affect usability. Lab-based testing can cost tens of thousands of dollars, which usually results in lab-based testing not being run very often by most companies. Remote testing tools usually cost just a few hundred dollars, making it easy to test on a much more frequent basis, thus creating the opportunity to run more regular studies.

You can test hundreds of people simultaneously, in their natural environment. Whether you need a doctor or French speaker in China, online panels let you tap in to the thousands of unique demographics out there.

Remote usability testing is a great way of introducing usability testing into a company using limited resources and budget. Typically, most companies only involve a few people in lab-based usability studies. Remote online testing enables other parties to reap the benefits and even get involved. Quantitative metrics will show your IT guys why changes are needed to your website, and the finance guys will have the stats they need to understand why money needs to be spent.

Lab-based usability testing is all about identification of usability issues and qualitative reasoning, not about quantification. Due to the small number of participants in lab testing (usually 5-10) compared to the hundreds or even thousands in remote testing, one simply can’t generate the quantitative reports that high level company decision makers may want to see. However, with remote user testing you can quash any in-house differences of opinion by getting the hard facts about your website’s user experience.

Or, let’s say you’re testing a recipe website that guides users step-by-step through preparing a meal; it wouldn’t make much sense to take people out of their kitchen, where they’re unable to perform the task of interest. When this is the case, remote research is usually the most practical solution, unless the users also lack the necessary equipment. We also call this the participant’s “technological ecosystem” because it implies that their devices and computing environment have an impact on how they interact.*

*The term “technological ecosystem” and the above example of a recipe website was originally written by Nate Bolt in his article “Pros and Cons of Remote Usability Testing”.

Now, let’s say you’re still testing that recipe website, except this time you need to test it for accessibility. Meaning you need to determine if there are any barriers that might prevent people with unique physical or mental needs from using the step-by-step recipe website in their own homes. It would be virtually impossible to replicate the technology and assistive devices of users with special needs, so the best way to do this is online.

One of the best summaries of lab testing compared to remote testing was given by Nate Bolt in his June, 2010 post “Pros and Cons of Remote Usability Testing”.

“Both in-person and remote UX research share the same broad purpose: to understand how people interact and behave with the interface you’ve made. There’s no need to set up a false opposition between the two approaches—one isn’t inherently better than the other. Despite the versatility of remote research, there are lots of reasons you might want to conduct an in-person study instead, most of which have to do with timing, security, equipment, or the type of interaction you want to have with participants.”

It’s been a while since we posted an update about Loop11, but we’ve just launched some new features, and we wanted to let you know about them. Apart from the many minor (oh, alright…and a couple of major) bug fixes we made recently, we’ve also improved the performance of our servers so page load speeds […]

A recent blog post by Jakob Nielsen, describes how to achieve high UI usability through an in-depth user testing process involving three different methods: 1.      Iterative design 2.      Parallel design 3.      Competitive testing It is a great and thorough guide to creating and testing designs for high website usability. However, the kind of “test early, […]

SiftGroups ran a project to explore the usability of Samaritans’ established website with a view to informing how to shape its approach to the forthcoming website redesign.